The 2016 Expat Insider survey from InterNations assessed responses from parents raising children abroad, taking into account up to 45 countries around the world.
Scroll to read

The index ranks countries taking into account the respondents’ assessment on factors such as quality and costs of education, options available for childcare and overall family wellbeing. Take a look at the top 10 countries in this index, and find out why Finland, Czech Republic and Israel dominated the ranking this year!

In first place, we have Finland, which was given fantastic ratings by expats raising children in the country. Finns take pride in how their society takes good care of families, providing different types of support and benefits to make their lives easier.

As it turns out, “not one expat parent has something negative to say about children’s health, children’s safety, or children’s well-being in Finland” (Expat Insider, 2016, p. 69). With Finland’s reputation as a one of the leaders in educational systems around the world, it comes as no surprise that the country ranks so well in this field. Expat children studying in Finland benefit from short school days and plenty of school-sponsored educational activities.

Ranking second place in the list – Czech Republic was well rated by expat parents assessing availability and costs of childcare and education. 74% of respondents agreed that education in the country is affordable, although the quality of education was not as highly regarded.

The literacy rate in the country is high, traditionally of up to 99%. Prague, the capital city, is home to prestigious universities and art schools, in addition to several private international schools that provide accredited educational programs in English, French and German.

Israel came third in the ranking, gaining one place from last year’s Expat Insider survey. According to the results, “81% of expat parents are happy with the childcare options and they are similarly positive about the education options, with 84% expressing general satisfaction” (Expat Insider, 2016, p. 70).

In spite of the country being regarded less favorably for children’s safety and family life in general, the survey results also show that Israel performed well when assessing expats’ feelings towards children’s health.

Next on the list of the top 10 best destinations for expat families, according to the results from the Expat Insider survey:

This article was featured on our Cigna Global customer magazine, Your Health Matters - Winter Edition 2016

Whether it’s adventure or relaxation that you want from your retirement, there are endless opportunities for both in some of the world’s most beautiful countries. Find out what the top 10 retirement destinations have to offer with our list for 2022. 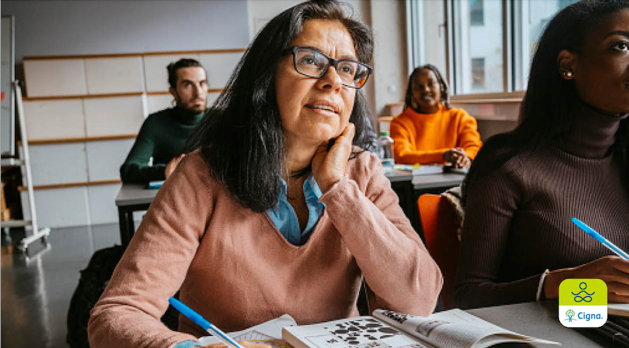 Making sure your healthcare needs are well provided for when studying abroad will ensure you can relax and enjoy your new life to the full.

This article serves only as a reference and is intended for informational purposes only. Nothing in this article constitutes legal, tax, financial planning, health or medical advice including diagnosis or treatment. Always seek the advice of your physician or other qualified health provider with any questions you may have regarding a medical condition. Any reference to products or services offered by Cigna are available except where prohibited by applicable law and subject to terms and conditions.